Activist a Hypocrite in Weinstein Probe?

According to The New York Times, Harvey Weinstein, co-founder of Miramax and Weinstein Co., has arranged at least eight sexual harassment settlements.  Through its investigation, the Times found records of these allegations spanning three decades.

Who is Weinstein? He “has held a lofty position in Hollywood as one of the industry’s most powerful figures—an old school, larger-than-life movie mogul who was never shy about throwing his weight around,” ABC News said about the producer. 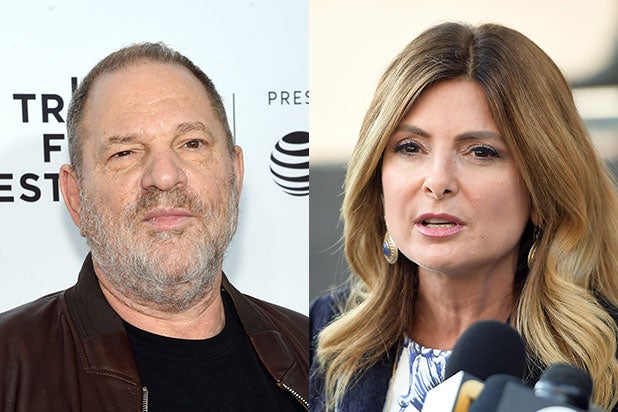 After the Times reported the investigation, Weinstein released the following statement:

I came of age in the 60’s and 70’s, when all the rules about behavior and workplaces were different. That was the culture then.

I have since learned it’s not an excuse, in the office – or out of it. To anyone.

I realized some time ago that I needed to be a better person and my interactions with the people I work with have changed.

I appreciate the way I’ve behaved with colleagues in the past has caused a lot of pain, and I sincerely apologize for it.

Though I’m trying to do better, I know I have a long way to go. That is my commitment. My journey now will be to learn about myself and conquer my demons. Over the last year I’ve asked Lisa Bloom to tutor me and she’s put together a team of people. I’ve brought on therapists and I plan to take a leave of absence from my company and to deal with this issue head on. I so respect all women and regret what happened. I hope that my actions will speak louder than words and that one day we will all be able to earn their trust and sit down together with Lisa to learn more. Jay Z wrote in 4:44 “I’m not the man I thought I was and I better be that man for my children.” The same is true for me. I want a second chance in the community but I know I’ve got work to do to earn it. I have goals that are now priorities. Trust me, this isn’t an overnight process. I’ve been trying to do this for 10 years and this is a wake-up call. I cannot be more remorseful about the people I hurt and I plan to do right by all of them.

Though he released an apology and announced a leave of absence, the producer’s lawyers released statements calling the investigation false with plans to sue the publication. Since the report, Lisa Bloom, a women’s rights activist, began advising Weinstein.

She tweeted her statement here.

This pairing, which many publications are calling hypocritical of Bloom, raises the PR question… how is Bloom’s credibility affected? How does this strengthen or weaken her reputation? If you believe it weakens her reputation, does it strengthen Weinstein’s?

1 Response to Activist a Hypocrite in Weinstein Probe?