Oreo has positioned itself as an innovator in social media marketing this year.  Who could forget the Oreo’s Super Bowl instant ad?

Once again the snack food giant is trending with its “Oreo Separating Machine” video series.  Building from the success of its Cookie vs. Creme Super Bowl ad, Oreo has released videos of very smart people separating their favorite part of a Oreo cookie using very complicated methods.

The first installment of this viral branch of Oreo’s Cookie vs. Creme campaign features physicist David Neevel and his homemade cream-removing machine. 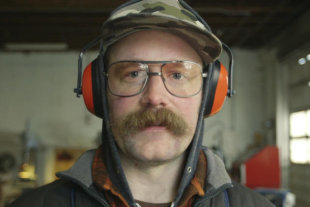 Not only is this an interesting play on its Super Bowl ad, but Oreo’s YouTube sensations have inspired countless response videos of avid cookie consumers and creative thinkers separating the iconic cookie in their own way.

My personal favorite response video is by Joerg Sprave of the YouTube “Sling Shot Channel.”  He does his best to part cookie and cream using a homemade pump-action slingshot.

Oreo is a great example of how a traditional branding campaign can engage consumers and span many social media platforms.  What can PR practitioners learn from Oreo’s efforts in this campaign?  How will they keep the cookie conversation going?