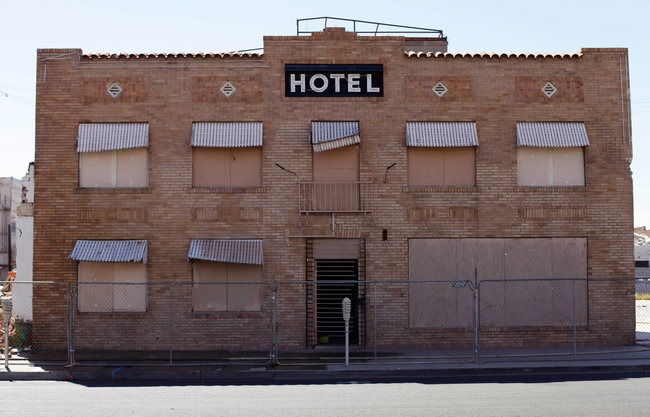 Phoenix has been in the national news on the historic preservation front. The Suns planned to knock down and excavate the Madison Hotel and the Hotel St. James in downtown Phoenix and replace them with a VIP parking lot.

Many parties’ interests were at stake and many missteps were made on the public relations front by the city and the Suns organization. A New York Times article stated that permits were issued over the summer in a hush-hush manner. When it’s nearly certain that demolition of two historic hotels would upset Phoenicians interested in protecting the culture of the city (there’s an entire Arizona Preservation Foundation dedicated to this purpose), it’s a bad move to keep people in the dark, prevent them from asking questions, airing grievances, and maybe even winning them over.

The first step for the city of Phoenix should’ve been to hold a town hall forum on the subject. There have already been criticisms of the Phoenix Historic Preservation Office for failing to do enough to save historic buildings, and by keeping everything secretive, it only furthers that reputation.

Because of the way word quickly spreads through social media, Phoenicians showed up during the demolition in late October and took pictures. At last minute, in a move that smacked of both parties trying to save face, the city and the Suns reached an agreement to preserve the Hotel St. James’s façade and parts of its lobby as a “piece of Arizona’s history.” Phoenicians saw through that move and in the Times article said that it might as well have been knocked down.

Before doing anything emotionally driven as a business (whether a private organization or the government), the organization should more seriously consider a well-thought-out campaign in order to get the public on its side. Hastily put-together plans never turn out in the business’s favor – in this case both organizations appeared in the New York Times looking like villains – and end up costing them much more by trying to mask their intentions. This is a highly broadcast lesson in public relations learned, and, with all the preservation battles currently swirling in Arizona, one that hopefully won’t happen again.