Mapping ‘The United States of Awesome’

Throughout my studies at the Cronkite School I have come to realize that we live in a PR world. Every message the public picks up on TV, radio, in books and online has most likely been delicately tailored by public relations practitioners who understand the target audience and what they want. From a New York hot dog stand to Intel, size does not matter because every organization can benefit from good public relations.

However, what about a larger organization like, say, a country? I would think that, with the revenue that good foreign relations can accrue, it would be important for the global community to keep track of their image to make sure that it is in the hands of people who are effective communicators. Luckily, the United States has begun its most recent attempt to put a fresh face forward to the foreign public amid the unrest in the economy that we are dealing with at home. Why shouldn’t a world power care just as much about its image as a Fortune 500 company? Both place stock in the ability to communicate effectively. 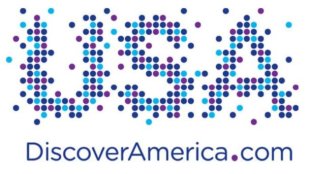 The “United States of Awesome Possibilities” is what the Corporation for Travel Promotion (CTP) has chosen for the tagline of this new national campaign, Brand USA. A Yahoo article described it as an “effort to boost business and leisure travel in order to spur economic growth.” With the confidence of a $200 million budget, it has previewed its launch next year with multiple lofty promises of recreating America into a “21st century brand,” apparently demonstrated by the dots in the campaign’s official logo. I am not sure what a 21st century brand is or what the dots have to do with it, but it sounds exciting.

Specifically, Brand USA seeks to inform the international traveller of all the possibilities that lie inside America’s doors — that the streets are paved with gold, and all that. The Discover America website — one of the tactics of this campaign — lists useful tips on American culture including topics such as healthcare, banking, and hygiene. Yes, hygiene. The site claims that Americans are fanatics about showering and that it is recommended that visitors adopt our daily cleansing rituals. Other tips include avoiding the $1 to $3 charges that ATMs sometimes enforce. Most of the content is categorized by city to make it easier for visitors to plan their trips here.

While it is my personal opinion that there are probably more important topics to prep foreigners about before coming to our country than daily showers, I do think that rebranding is a good idea. We are in the midst of a crisis in this country due to various hot-button issues. However, foreign relationships are something that we must keep healthy no matter what is happening on the home front. While I have questions about the timing of this campaign, I do see the importance of making sure that the rest of the world sees our best side.

Do you feel that this campaign is coming at a good time or would it be more effective if more importance was placed on finding solutions to these issues before the campaign’s launch?

This entry was posted in SurReaL PR, Uncategorized. Bookmark the permalink.

5 Responses to Mapping ‘The United States of Awesome’