In mid October, hashtags and social media posts stating “MeToo” surfaced on Facebook and Twitter. It is a call to action for women to repost the hashtag to magnify the prevalence of sexual harassment and sexual assault. According to a report by RAINN (Rape, Abuse & Incest National Network), “every 98 seconds, an American is sexually assaulted,” which is evidence that sexual assault is a major issue. An infographic from the same report provided statistics of sexual assaults on women:

This issue affects women’s lives and underscores the need for generating awareness. Here is an example of a Facebook post supporting the movement:

Although it has recently garnered popularity, this campaign is not new. Tarana Burke (@TaranaBurke) started this movement more than 10 years ago. However, it “broke the Internet” when actress Alyssa Milano posted on Twitter:

If you’ve been sexually harassed or assaulted write ‘me too’ as a reply to this tweet. pic.twitter.com/k2oeCiUf9n

Since the date of Milano’s posting, the use of the hashtag has skyrocketed:

The use of #MeToo via Keyhole

Other influencers have provided a huge reach for the movement. Here are some top tweets from influencers via Meltwater:

#metoo And not just in Hollywood. When I think back, the younger and more naive I was the more frequently I had to deal with it. https://t.co/sIxzNJ9lWr

Not only have influencers taken to social media to speak up, but several stories have been carried by media outlets. The Los Angeles Times covered stories about celebrities such as Reece Witherspoon and America Ferrera ,who were both sexually assaulted at young ages.

According to KeyHole, the reach for this phrase was 3,876,166 and the number of impressions 3,970,567. Here are the top two tweets (based on Re-Tweets and Likes) on Twitter via KeyHole:

Reminder that if a woman didn't post #MeToo, it doesn't mean she wasn't sexually assaulted or harassed. Survivors don't owe you their story.

To all the women sharing stories of sexual assault and sexual harassment, thank you for your bravery to speak up. You are not alone. #MeToo

The campaign also includes men. Here are some posts from influential males:

Don't say you have a mother, a sister, a daughter…

Say you have a father, a brother, a son who can do better.

Every educated man needs to use the #MeToo movement to learn. Above all, To spread knowledge. To be inclusive and to be aware. I vow to try.

Now, #MeTooMen is also trending. To address the prevalence of men who are victims of rape, the aforementioned report from RAINN developed the following infographic on college males who are at risk of sexual assault: 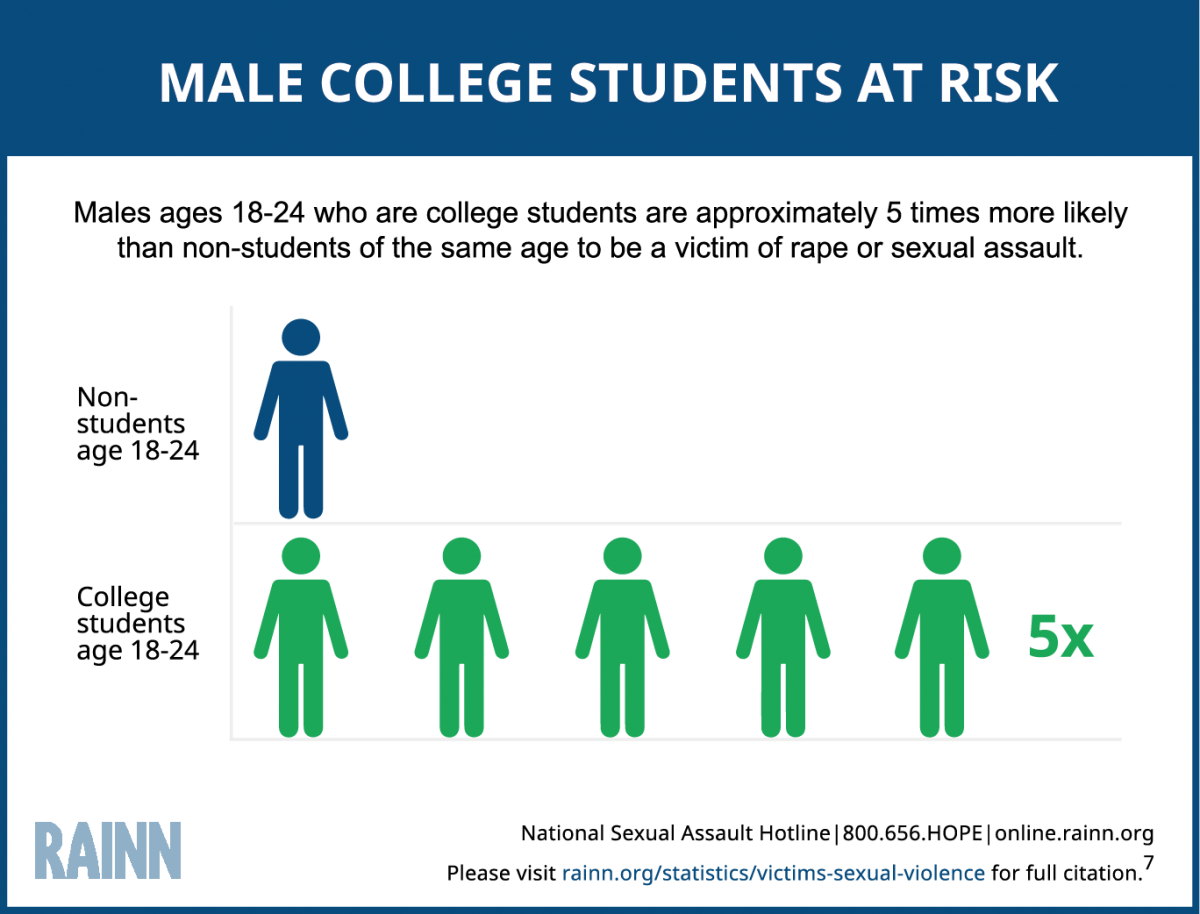 Use of #MeTooMen via Keyhole

In today’s digital age, the ability for news to spread is pervasive — especially on social media websites. Influencers, like actors/actresses and musicians have the ability to use this platform to advocate for causes that are important to them. As for this particular campaign, based on the data discussed in this post, influencers have generated significant discussion and awareness regarding this issue on both social media and via other news outlets. Without the social media campaign that Alyssa Milano’s tweet sparked, many stories would not have been shared. Both influencers and regular people are proving to the world that there are real stories behind sexual assault statistics and that victims of sexual assault and harassment should not feel alone.