According to The Guardian, the PRCA received a complaint from an opposition party in South Africa, where Bell Pottinger allegedly “sought to stir up anger about ‘white monopoly capital’ and the ‘economic apartheid’.”

Now, a month later, Richard Edelman, “the most famous person in PR, “ is speaking out. 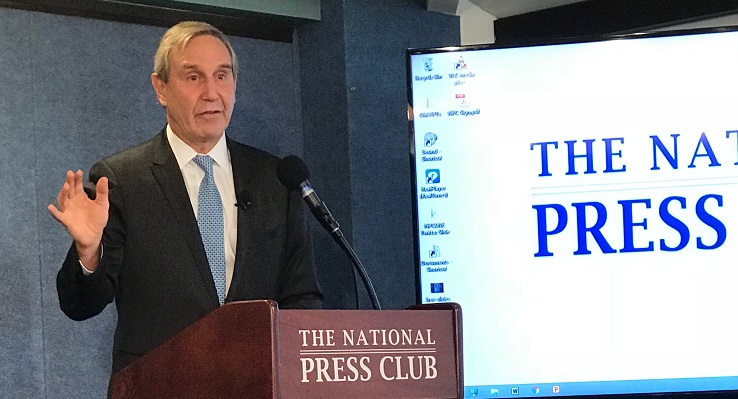 Edelman speech at the National Press Club in D.C.

At the National Press Club in Washington D.C., the head of the “leading” global communications marketing firm challenged the PR industry to implement stronger ethical standards. However, when news about Bell Pottinger first emerged, Edelman initially believed this was not a crisis for the industry as a whole:

“There may be some who choose to try and do that to us, but actions speak louder than words. This is not a crisis for the whole industry.”

This week, Edelman changed his stance by proposing a four-part, fact-based compact for all PR professionals, nationally and globally. Through the compact, PR professionals must “insist on accuracy, demand transparency from clients, engage in the free and open exchange of ideas, and require all staffers to take a free universal ethics training course online,” (Barrett, 2017).

In addition to demanding transparency from clients, firms should take important, initial steps when choosing a client. “Not every client deserves representation in the court of public opinion,” Edelman said in a blog post two days ago.

Through the Harold Burson code of ethics, Burson-Marstellar takes its current clients’ and its staffs’ considerations in mind.

“If a potential client had issues that were so divisive they would upset these core stakeholders then Burson would decline the business – he cited either side of the abortion issue as an example. For him it was more a business decision than an ethical one,” (Barrett, 2017).

When choosing whether to represent clients, should PR firms and professionals make the decision based on ethical, personal or business reasons? Why?

This entry was posted in UStrategies and tagged compact, Edelman, ethics, prca, unethical. Bookmark the permalink.